"It’s Not Like I Could Change Anything, so Why Should I Care?"—Exploring Political Narratives in Depoliticized White Working-Class Environments.

Abstract:  In the aftermath of the death of George Floyd, Montrealers took to the streets to fight racism. While hashtags such as #blacklivesmatters and #LaVieDesNoirsCompte went viral, raising awareness about different types of discrimination racialized citizens face in Quebec, the CAQ government refused to acknowledge the existence of systemic racism in the province. Scholars have studied the role online media interactivities play for human rights activists (Pilote & Hübner 2019) and for those who disseminate misinformation about such movements (Gimenez & Voirol 2017). Yet, little attention is paid to the publics these online campaigns are trying to reach, namely those who feel indifferent about the consequences of said political stances. As part of my PhD thesis, this paper explores how white francophone members of Quebec’s working-class who claim to disregard politics come into contact with social and political issues, such as immigration or poverty, in everyday life. I explore if and how the increased fragmentation of public discourse via social media shapes their (a)political stances in order to determine to what extent digital media usage reconfigures their relationship with politics throughout their lives. An intersectional narrative approach (Collins & Bilge 2020, Crenshaw, 1991) to whiteness (McMullan 2005; Du Bois 1922) combining three rounds of in-depth life-story interviews (n=8) (Chadwick 2017) and a one-year ethnographic observation of the interviewees’ social media accounts (Hine 2005) allowed me to analyze class, racial, nation, and gender dynamics via their “mediated everyday political experiences.” The gathered narratives show that participants avoid talking about politics in public settings, including online. Yet, they will discuss issues they care about, such as poverty, in more private settings (Eliasoph 1998). I have found that the way they talk about these issues reveals racist, gendered, classist, and anti-immigrant biases that sometimes draw from particular social media scripts associated with specific media outlets and political perspectives. The sites they access on social media tend to support a white francophone notion of Quebec’s political history, reinforcing key mechanisms of social division. Yet, all informants are aware of these pitfalls and try to prioritize “more reliable” news channels. Apparently, awareness of needing to diversify one’s media sources is not enough to arm white people against adopting discriminatory ideologies. However, analysis of follow-up interviews conducted shortly after the COVID-19 outbreak indicates that increased exposure to polarized messages and misinformation about the pandemic led participants to quit social media—at least temporarily—despite the fact that a majority of social, political, educational, and professional relations were transferred into the virtual realm. The same participants who occasionally interacted with posts that reinforce social division mechanisms now claim they can’t cope with it anymore. The prioritization of less interactive news channels thus becomes a leitmotiv as the feeling of being unable to contribute to social change settles in. 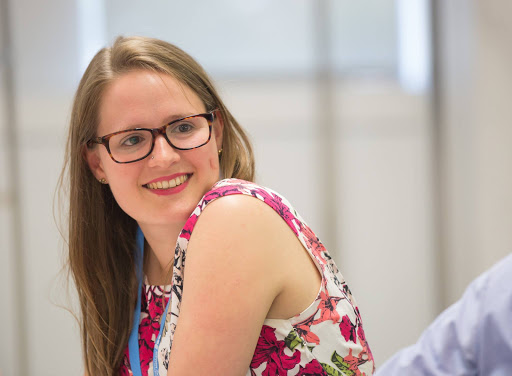 Bio: Lena A. Hübner (Canada) is a PhD candidate at the Université du Québec à Montréal and a scientific coordinator at the CRICIS Research Centre. Her research interests focus on digital inequalities, politics, democracy, and intersectionality. For her thesis, she examines the role informational practices play in the relationship that white members of the Quebec working class maintain with politics throughout their lives, and to what extent digital media usage reconfigures this relationship. She recently co-authored the article “Feminist Mobilizations on Facebook and Twitter: The Case of #StopRapeCulture in Quebec” (2020) published in the French peer-reviewed journal Terminal.
Email ThisBlogThis!Share to TwitterShare to FacebookShare to Pinterest
Labels: #IFM2021, Abstracts IFM2021, digital inequalities, discrimination, Final List Presenters IFM2021, intersectionality, new media and politics, Panel 2, Presenters IFM2021, Quebec, whiteness
Newer Post Older Post Home

Toronto is in the 'Dish With One Spoon Territory’. The Dish With One Spoon is a treaty between the Anishinaabe, Mississaugas and Haudenosaunee that bound them to share the territory and protect the land. Subsequent Indigenous Nations and Peoples, Europeans and all newcomers have been invited into this treaty in the spirit of peace, friendship and respect. One Dish wampum Belt reproduction by Richard D. Hamell 2010.