How to Make Immersive Technologies More Equitable: Confronting the Medium’s Colonial Legacies and Role as an Empathy Machine.

Presenter: Anna Gedal
Registration Number: 062
Institution: The New School, New York, USA
Abstract: Today, immersive technologies—like virtual reality—are celebrated as empathy machines, capable of fostering meaningful cross-cultural understanding. My MA thesis project interrogates this assumption. I analyze two early 20th-century case studies of immersive rides: A Trip to the Moon (1901), from the 1901 Buffalo World’s Fair, and 20,000 Leagues Under the Sea (1903), from Coney Island’s Luna Park. The rides complemented the ethnographic villages surrounding them. The villages allowed visitors to experience a speculative past and present. Taking on the role of anthropologists, they plotted a global racial hierarchy. The immersive rides, however, offered them a glimpse of the electrified future promised by American imperialism. Through the rides, the visitors embodied the role of colonizer, “discovering” new frontiers. Though perhaps experienced simply as entertainment, the rides were consciously designed as a powerful pedagogical and epistemological tool for cultural knowledge sharing that transmitted the imperial imaginary through a collective, multi-mediated performance. The impact was profound, garnering mass public support for American racial segregation, immigration restrictions, and imperialism. Drawing lessons from my case studies, I argue that the early rides were precursors to 21st-century immersive environments, thus it is imperative to critique the medium or risk reinscribing the imperial gaze into contemporary experiences. And the examples of this are endless. This project centers on the pressing need to reconnect immersive tech to its historical context to more fully understand both the medium’s possibilities and limitations. To move toward this goal, I offer fellow cultural producers, curators, strategists, technologists, and designers the beginnings of a shared language to highlight the medium’s fraught legacies and a path toward a more equitable cultural production process. 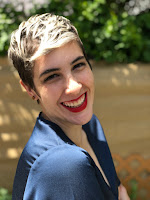 Bio: Anna Gedal (she/her) is a graduating MA student in Media Studies at The New School in New York. Her MA thesis “How to Make Immersive Technology More Equitable” centers on two historical case studies of early 20th-century immersive, interactive rides, which she argues were designed as embodied colonial travel fantasies. She then brings the story into the present and current iterations of the medium, identifying the manifestations of its inherited legacy in contemporary experiences. She ends with terminology to identify these manifestations and a set of questions pushing toward a more equitable design process. Her goal is to both confront the medium’s risks and explore its possibilities as a space for community healing, historical justice, and memory preservation. Her thesis won the Media Studies Distinguished Thesis Award. Anna is also a senior experience strategist, writer, and researcher. She creates immersive media experiences for museums and brands across the U.S. Her approach is story-driven, community-centered, and aesthetically informed. Her professional background in historical research, writing, journalism, and communications along with her MA in media production, theory, and the ethics of technology all enrich her creative process.