No comments:
Email ThisBlogThis!Share to TwitterShare to FacebookShare to Pinterest

No comments:
Email ThisBlogThis!Share to TwitterShare to FacebookShare to Pinterest 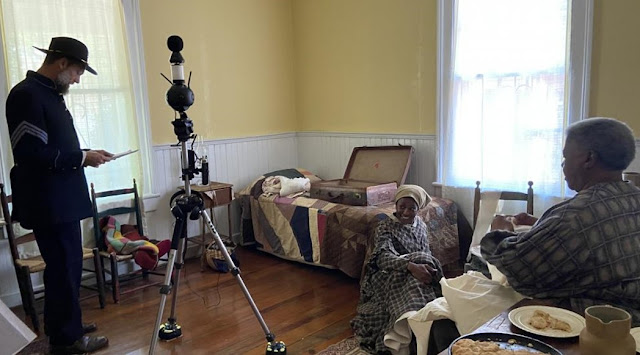 Reconstruction 360 (www.reconstruction360.org) is a transmedia application produced by South Carolina ETV (SCETV), the state PBS affiliate. The project interprets the Reconstruction era for the general public, students, and educators who use a range of desktop and mobile devices. It employs an immersive 360° video platform, historical vignettes and short-form documentaries to examine humanities themes related to Reconstruction and deepen the public’s understanding of this crucial period of American history. It has been funded by the Digital Projects for the Public program of the NEH and is currently in production with an anticipated completion date of March 1, 2023.

In 2014, two of our project scholars, Kate Masur of Northwestern University and Gregory Downs of the University of California at Davis, were part of a group of Reconstruction historians who developed relevant historical themes to create the Reconstruction Era National Monument in Beaufort, South Carolina. This group identified six major content areas of Reconstruction. We have worked with Masur and Downs and other experts to develop themes based on these content areas, using them as the basis for Reconstruction 360. We have established an Interpretive Focus for each of these broader themes, a storytelling device that employs representative characters, settings, and events to express thematic ideas.

Reconstruction 360 will ultimately consist of six modules, each with an Interpretive Focus that explores one of our project’s themes through an interactive 360° scene shot on a historically accurate set with actors depicting freedpeople, Freedmen’s Bureau agents, former Confederates and others in the early years after the Civil War. The 360° scenes serve as an experiential interface that allows the user to individualize the learning process. These “in-the-round” experiences situate the viewer in the center of the action, creating a sense of presence, place and empathy, inviting visitors to explore virtual environments and discover emerging narratives. Rather than depicting real people and events, the 360° scenes are composite histories based on primary documents, research and consultation with scholars.

As the viewer moves around the immersive video, additional facets of each theme are revealed through interaction with embedded, clickable content in the form of short historical documentaries. Each module also contains lesson plans and archives of primary documents and short quizzes based on the embedded documentaries. In addition, the user can choose to watch a three-to-five minute introductory video featuring an on-camera historian who establishes the historical, social and geographic context. Exploration of the “Descendants” tab reveals video segments about related contemporary stories that create connections between the present and the past. All these elements are designed to examine the history from various perspectives that, taken together, interpret and illustrate the themes, bringing the Reconstruction era to life for all users of digital platforms. 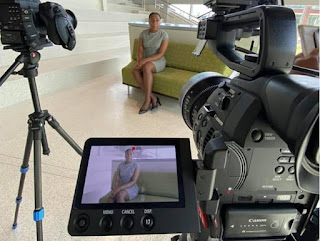 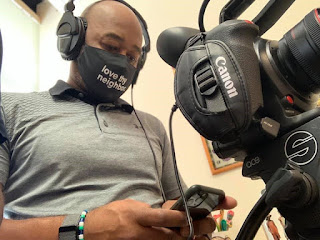 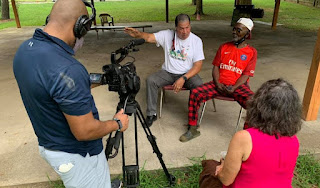 We will begin with an introduction to the project and a description of those involved in its development, including producers, funders and scholars. Subsequently, we will briefly discuss the reasoning and logic behind using the 360° platform, documentary media and composite history scenes as engagement tools to interpret a difficult and frequently misunderstood era of American history. After our introduction, we will ask the group to convene in break-out rooms to work together in small groups to explore Reconstruction 360. We will then bring everyone back for conversation.

Betsy Newman, Project Director, Writer. Betsy Newman is a documentary filmmaker and web content developer for SCETV. Her programs have been awarded a Telly, a Webby, a CINE Golden Eagle Award, an Award of Merit from the American Association for State and Local History, and a Southeast Emmy. She was project director for the NEH-funded Between the Waters: Hobcaw Barony Website Project (www.betweenthewaters.org), completed in 2016 and presented at the 2017 History Film Forum at the Smithsonian National Museum of American History in Washington. Currently, she is the director of Reconstruction 360 (www.reconstruction360.org), also funded by NEH. Newman is a 2016 recipient of the South Carolina Governor’s Award in the Humanities.

Patrick Hayes, Multimedia Producer/Editor. Patrick Hayes has over twenty years of experience in research, development, writing, and video production for interactive and cross-platform media. He specializes in content that creates awareness for the South's historical, cultural, and natural landscapes. As part of the original team of producers for SCETV’s Knowitall.org, he helped develop original sites and applications that have been used by millions of online visitors. Mr. Hayes was an attendee of the NEH's Humanities Gaming Institute at the University of South Carolina and has been a multimedia producer and lead video editor for the NEH-funded projects Between the Waters and Reconstruction 360, which is currently in production.

All workshops will be online during IFM2022 on June 8-10. They are free admission, and no previous knowledge is required.

For registration and more info: Email Betsy Newman at elizabethnewman4@gmail.com 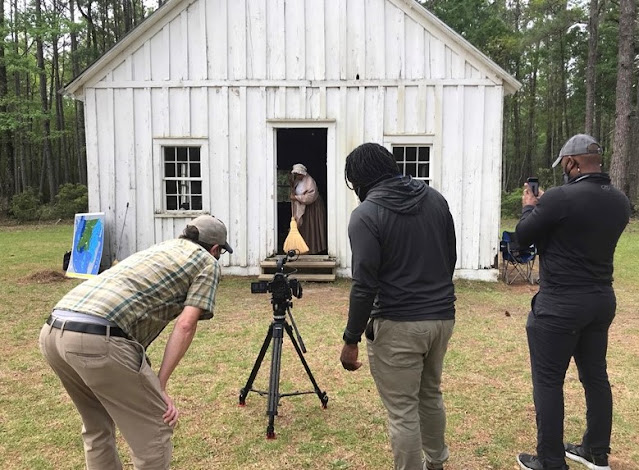 Production of Teaching Ourselves (one segment of Reconstruction 360)