Scriptwriting for Interactive Crime Films: The Case of Scapegoat.

Presenters: Ashton Clarke and Polina Zioga
Registration Number: 043
Institution: Interactive Filmmaking Lab/University of Stirling, Scotland
Abstract: In recent years, the increasing number of interactive films being released, has highlighted the need for further development, not only of tools that can facilitate all stages of production, but also of methods and criteria that can guide the earlier stages of development, such as the scriptwriting process. Following the framework of interactive storytelling as a spectrum, it is acknowledged that writing a script for an interactive narrative that involves branching path options for navigating through the story, or even multiple endings, is becoming more common and presents its own particular creative and technical challenges. In this context, this paper examines established criteria used for assessing narrative quality, such as the role of the character/s, the conflict/s, and the structure, with the aim to investigate in practice their application to interactive films. At the same time, by examining currently available tools and software for interactive scriptwriting, we identify their affordances and limitations, together with the current lack of guidance on formatting a script for an interactive narrative. Accordingly, we present Scapegoat, a short interactive crime drama, based on the model of British homicide investigations, and created following practice-based methods, with the objective to investigate the processes and elements of scriptwriting that can lead to a strong engaging narrative. We propose a format that can efficiently incorporate crucial information of the interaction design, be effectively communicated to the crew and cast and used throughout the production lifecycle of the film. We highlight the crucial role of the on-set script supervisor for ensuring the interaction design is not compromised, and continuity is retained. We also discuss recommendations for further developments, including the importance of engaging the crew and cast early in the development process, together with future work into the requirements of interactive commissioners for television and film, and the need for standarization in the industry.
Bio: Ashton Clarke 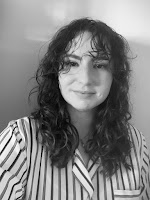 Ashton Clarke is Development Coordinator at Rianne Pictures; Senior Film Programmer of Women X Film Festival, an event celebrating women and non-binary filmmakers; and member of the Interactive Filmmaking Lab, a research and production network that facilitates interdisciplinary research and development in the area of interactive filmmaking and media. Her expertise lies in the organization, programming, and marketing of online film exhibition and hybrid film festivals, and industry research. She is committed to advocating under-represented groups and has appeared as a guest co-host on the Not Having It All podcast that discusses the latest releases in film and TV. 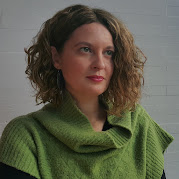 Bio: Polina Zioga
Dr. Polina Zioga is a hybrid artist, lecturer in Interactive Media at the University of Stirling, and the director of the Interactive Filmmaking Lab. Her interdisciplinary practice and research focus on the use of interaction design, novel technologies, and biosensing interfaces, like brain-computer interfaces (BCIs), in the context of live cinema, interactive filmmaking, and neurocinematics. Her PhD was selected as one of the top-ranked thesis abstracts for 2017 by Leonardo (MIT Press). She has written for The Conversation, has appeared on The Guardian technology podcast and TechWorld, and for her projects she has received grants and awards from international organisations.
Email ThisBlogThis!Share to TwitterShare to FacebookShare to Pinterest
Labels: #IFM2021, Abstracts IFM2021, Final List Presenters IFM2021, Interactive Film, Interactive Storytelling, Narrative Quality, Panel 4, Presenters IFM2021, Scriptwriting
Newer Post Older Post Home

Submit your paper or research-creation presentation proposal by January 9th, 2023