Virtually Real—Aesthetics and Perception of Virtual Spaces in Film.

Presenters: Christian Iseli (PI); Miriam Laura Loertscher, Thomas Gerber, Valentin Huber, Michael Schaerer
Registration Number: 070
Institutions: Zurich University of the Arts and University of Bern, Switzerland
Abstract: Due to the rapid pace of the digitalization process, virtual production in film is gaining importance. This paper focuses on an interdisciplinary research project that investigates the effects of virtual production on visual aesthetics, on the changing workflows of filmmakers and actors, and on the perception of a cinema audience. In order to systematically compare conventional filmmaking with new virtual forms of production, two short feature films were shot both conventionally (in real locations) and virtually (in the digitally scanned versions of these locations). The filmmakers aspired to keep all parameters of the production the same so that wherever possible, the only differences would be in terms of spatial representation. The process of virtual production included shooting with green-screen and pre-visualization on the basis of real-time image rendering in moderate quality. The high-resolution variants, however, were still processed in post-production. Theoretical concepts from film and media studies served as an orientational background for this project, while the methodology comprised a combination of qualitative, practice-based research and quantitative methods, in the tradition of mixed methods. The following results are discussed from the perspective of the qualitative, practice-based approach: – In terms of visual aesthetics, the two film variants were hardly distinguishable. Digital artificiality due to visible compositing artifacts in the those with virtual backgrounds could only be determined in specific shooting situations. Furthermore, they were dependent on the resources that could be invested into post-production. – Due to the technical effort, the virtual production processes showed a strongly increased complexity of the workflows. Shooting in the studio was therefore much more labor-intensive. – For the actors, the virtual production process resulted in a high degree of abstraction of their working methods. In the green-screen studio, the spaces could only be experienced via monitors or, at best, with virtual reality goggles. The lack of immediacy in the experience required a high degree of additional concentration. Preliminary results of the quantitative audience study are also included: – The subjects, who neither knew the context nor the actual focus of the comparative study, did not realize that the backgrounds in one film variant were virtually simulated. To some degree, however, they were aware of the different image qualities of the variants. As virtual production continues to develop, green screens are being replaced by large arrays of LED displays, as in, for example, The Mandalorian (Lucasfilm & Fairview Entertainment, 2019). The present study shows that in the first phase of virtual production, in which green-screen procedures are still predominant, composition artifacts occur mainly in the context of moderate production resources and are still measurable in terms of image quality. 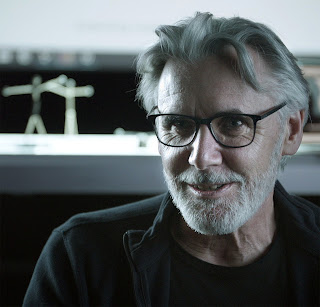 Bio: Thomas Gerber
Thomas Gerber works as a director and editor for feature films and TV series, oscillating between the comedy and crime genre. He teaches directing and editing at the Zurich University of the Arts, where he also is a research associate. Having used CGI effects in many of his own movies in the past, he is interested in the blending of real and virtual worlds. He is currently working on new teaching methods to bring film and game design students closer together by using the tools of virtual film production and looking at cinematic narration through a new lens.

Bio: Valentin Huber
Valentin Huber is a visual artist based in Zurich. With two colleagues he founded the company Das alte Lager, which works in the field of visual effects, 3D animation, color grading and visuals. He also works as a research associate at the Zurich University of the Arts with a focus on virtual production, where he is co-developing an interactive tool for previsualization.

Bio: Michael Schaerer
Michael Schaerer is a film director and editor and holds a professorship for film editing at the Zurich University of the Arts. He is the head of the annual conference ZFiction and a research associate at the Institute of the Performing Arts and Film. Besides his own narrative work, he is particularly interested in using the tools of virtual production for world-building and the crafting of storyworlds with real-time game engines.
Email ThisBlogThis!Share to TwitterShare to FacebookShare to Pinterest
Labels: #IFM2021, Abstracts IFM2021, Digital Realism, Final List Presenters IFM2021, Panel 4, Presenters IFM2021, Production Aesthetics, Virtual Production, Visual Effects
Newer Post Older Post Home